It is very exciting to have my poem Code Red published in Eureka Street. Our words are our sabre . We need to listen to our earth. is drawn up to its chin like a blanket.

And though it’s day, the bird-less quiet is a kind of night,

and everything we ever thought we knew has been turned upside down,

the first now last, and the last first.

as if a fire had

with no echo of water

in the dumb silence

there is though the fear

a sun, a ball of glow

just above a horizon

waiting for a breath

waiting for a change of wind

waiting for a cool voice

just to say something

when the sun like a cyclops rages fiery red

divots the sky in a coven of camouflage

It has no voice to plead ‘enough’

it warns us to listen …

in the myth Odysseus gathers forces

to ram the glaring monster

this sun is not the enemy

it is air thick with ash that chokes ‘help’

amidst ember attacks and dust storms

float dead in display of disaster

they have no voice to gulp ‘stop’

they rely on us to think …

in the myth Naiads shine silver

in springs and streams and brooks

dead fish are not the enemy

it is our river’s way of weeping ‘save me’

when the earth our mother is parched

her body dried and cracked

she has no voice to lament ‘code red ‘

it depends on us to act …

in the myth our mother-earth

cries for care for respect

cracked earth is not the enemy

it is a strangled cry ‘no more to give’

when the sea like clotted blood chokes with plastics

it has no voice to say ‘greed does not pay’

it counts on us for action …

yet still in our great city people walk about

heads down in an eerie silence

eyes weep from the smoke

behind fake masks that filter reality

and like frogs in the myththey are being slowly boiled alive. One hundred and eighty years on, we walk the Myall Creek Memorial Way … there’s a quietness amidst our camaraderie … murdering rage and gall are quieted, smell of gun powder spent, yet screams that cried that stark cold night still sigh amidst the sway …
READ MORE Excited to have my poetry RESIGNATION SYNDROME published in Eureka Street .
Hildegard of Bingen said her quill was her sabre,
Judith Wright said her pen was her sword.
My laptop is my weapon to inspire, to encourage, to remind people to wake
as the poet Christopher Fry writes in his poem A Sleep of Prisoners
“What are you waiting for?
It takes so many thousand years to wake ,
but will you wake for pity’s sake ?” 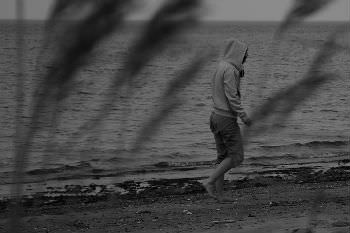 The concurrent symptoms for this poem: vague staring into mid air; taking to their bed; not eating or drinking regularly; not toileting; not responding. Imagine a child without light in their eyes. It is not a flash back. It is now. It is the Australian people.

the one thing different it has a revised title
two words
‘resignation’
meaning uncomplaining endurance of sorrow or other evil
‘syndrome’ — a set of concurrent symptoms.

the concurrent symptoms for this poem:

it is not a flash back

using humans as a deterrent

how many times do we need to tell it?

how many times do we need to hear it ?

we want to know
goodness prevailis over evil

in depriving breath from one human
we hold it from ourselves

to pin our bones into its frame
and stand

Colleen Keating is a Sydney poet. She has two published award- winning collections of poetry: A Call to Listen and Fire on Water. She is also co-editor of two anthologies on behalf oft the NSW Women Writers network.

Excited to be included in the prestigious online journal Eureka Street with my new poem written last month, in response to the  Thai cave rescue of the 12 Thai boys and their football coach. The  early onset of the rainy season  flooded the exit to the cave trapping the boys. All were brought to safety over three heart rendering days while the whole world looked on. My poem was about grappling with the whole world focused on this scene even as many other tragedies were occurring around the world.

called A Landscape of Humanity guided by divers and ropes

via a birth canal

from the womb of the cave in a dark mountain

through the tightness of crevasses

hold your breath   to clamber the choke point

heave in the labour from death to life

why is it disasters create heroes

one cannot rely on the mercy of rain gods

it is tanks of air

and an international team

medicos and teams of supporters

that garner our attention

surrounded by a world of tragedies and suffering

it is the challenge    the pull-together

that we marvel at

holds our focus   holds our breath

its peaks and troughs

with all hope mustered

this landscape of humanity

Those opening lines, Colleen, reminded me of the life delivering umbilical cord.

What a breathtaking poem – a beautiful commentary Colleen on a beautiful disaster where human spirit showed it’s splendid strength.